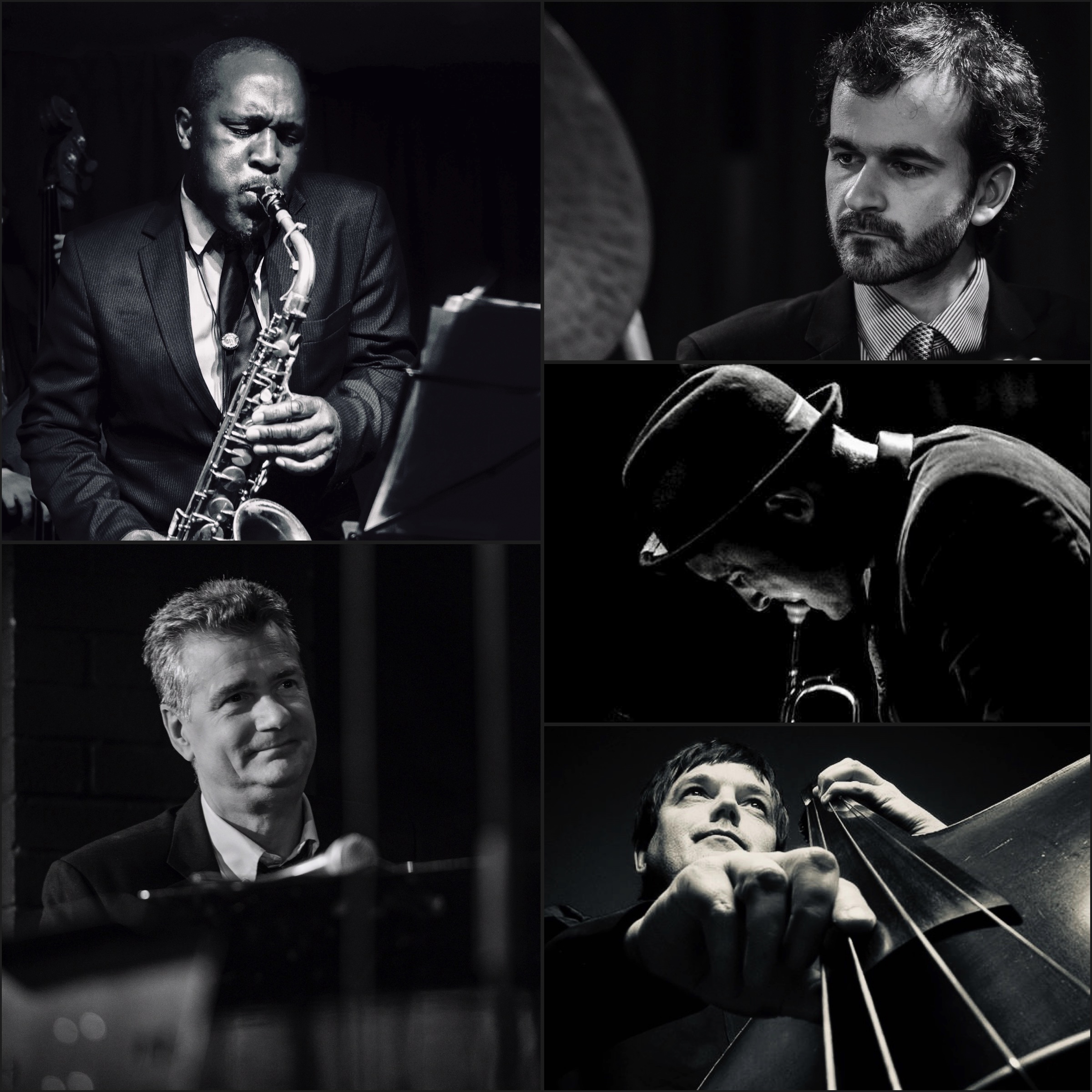 Alto-sax master Tony Kofi fronts this loving celebration of the jazz giant (in every sense) Julian ‘Cannnonball’ Adderley. With Andy Davies on trumpet, Alex Webb (piano), Andrew Cleyndert (bass) and Alfonso Vitale (drums) the group traces the explosive music of Cannonball from his first session as leader in 1955 through work with Miles Davis to the soul-jazz of the 1960s. The repertoire includes Adderley brothers classics like Things Are Getting Better, Work Song, Del Sasser, Sack o’Woe and many others.

Cannonball Adderley was one of the best-loved figures in post-war jazz. Hailed as ‘the new Bird’ on his emergence, he made historic recordings with Miles Davis and John Coltrane as well as having many crossover hits as a pioneer of soul-jazz. Born Julian Edwin Adderley in Tampa, Florida, on September 15th 1928, he attended the US Navy School of Music before moving to New York City in the 1950s. Spanning bebop to jazz-funk, he was a unfailingly inventive and communicative virtuoso. He died on August 8, 1975; 2020 would have been his 92nd year.

Tony Kofi won the Best Instrumentalist Award at the 2008 BBC Jazz Awards, Best Ensemble at the 2005 Parliamentary Jazz Awards, Album of the Year at the 2005 BBC Jazz Awards and was nominated for an award MOBO in 2008. Born in Nottingham to West African parents, Tony spent a four-year period at the legendary Berklee College of Music in Boston, USA, on a scholarship music diploma. Since then, he has performed with the World Saxophone Quartet, Clifford Jarvis, Courtney Pine, Donald Byrd, Dr. Lonnie Smith, Eddie Henderson and many others. Between 2003 and 2004, Tony was an integral part of the Anglo-American Big Band of Andrew Hill and the Sam Rivers Rivbea Orchestra; he has also recorded with Jamaaladeen Tacuma and Ornette Coleman, as well as with his own bands.

Andy Davies comes from Swansea in South Wales. Now based in London he regularly performs at Ronnie Scotts jazz Club and often hosts the Ronnie Scott’s Late Night Jam Session. He leads the Andy Davies Quartet which is a showcase for his composing. They have toured Japan, Turkey, Italy, Spain, Portugal and the UK. He has done pop session work with artists such as Will Young, McFly and appeared on television shows The Paul OGrady Show and Michael Parkinson Show. Andy is also an accomplished session musician whose trumpet playing has featured on the BBC1 programme Steven Fry in America.

Alex Webb is a songwriter, arranger and pianist; His songs have been recorded by jazz singers China Moses, Mina Agossi, Sandra Nkake, Liane Carroll, Allan Harris, Alexia Gardner and Alexander Stewart, among others. He has created a number of ‘words-and-music’ productions, including ‘Lush Life’ (about composer / arranger Billy Strayhorn), ‘Charlie Parker on Dial’ and ‘Cafe Society Swing’. ‘Cafe Society Swing’ has enjoyed two theatre runs in London and one in New York, where it starred Charenee Wade, Allan Harris and Cyrille Aimée and received a New York Times ‘Critic’s Pick’. He recently created a musical about Lena Horne, ‘Stormy’ written with actress Camilla Beeput.

Alfonso Vitale was born in 1991 in Messina, Italy. He started playing the drums at the age of three and became a regular fixture at local jazz club ‘La Sosta’, sitting in with visiting veteran stars like Bobby Watson, Kenny Barron, Buster Williams, Steve Swallow and others. In 2013 he graduated from the Conservatoire A. Corelli with a degree in classical percussion. Soon after moving to the UK, he became a regular sideman with tenor saxophonist Renato D’Aiello at Ronnie Scott’s Acoustic Jazz Lounge and found a comfortable footing on the London scene. More recently Alfonso returned from a three months sabbatical in the Big Apple, New York City, honing and extending his skills as an exponent of his stylistic passion in the style of the old jazz masters.

Andrew Cleyndert began playing bass while still at school and, on leaving in 1981, immediately embarked on a musical career backing jazzmen such as Peter King and Art Farmer as house bassist in a jazz club in Manchester. On moving to London he began playing with Bobby Wellins and the Don Weller/Bryan Spring Quartet. Clark Tracey and Iain Ballamy and quickly established himself on the jazz scene as well as touring with such US visitors as Bobby Watson, Bud Shank, Red Rodney Charlie Rouse, Benny Green, Junior Mance, and the European quartet of Gene Harris. In the noughties he started his own record label promoting musicians such as Stan Tracey, Junior Mance, Bobby Wellins, Peter King, Don Weller, Karen Sharpe and to date has released almost 50 albums as well as producing countless others. He was also a member of the Ronnie Scott Sextet / Quartet for a number of years, and was long-standing bassist for the much-missed Stan Tracey.

Critical reaction to the band has been unanimous: ‘An absolute blast, one of the most exciting gigs of the year’ (London Jazz News) ‘Hard-bop heaven’ (Jazzwise) ‘Breathtaking’ (Northern Sky Mag) ‘Fantastically expressive players … the best gig that I’ve seen at Progress.’ (Jazz In Reading).  The band has played to capacity audiences at Ronnie Scott’s, the 606 Club, The Hideaway, The Vortex and many others jazz clubs and out of London, as well as at the Swanage, Southport, Wigan and Ealing Jazz Festivals.