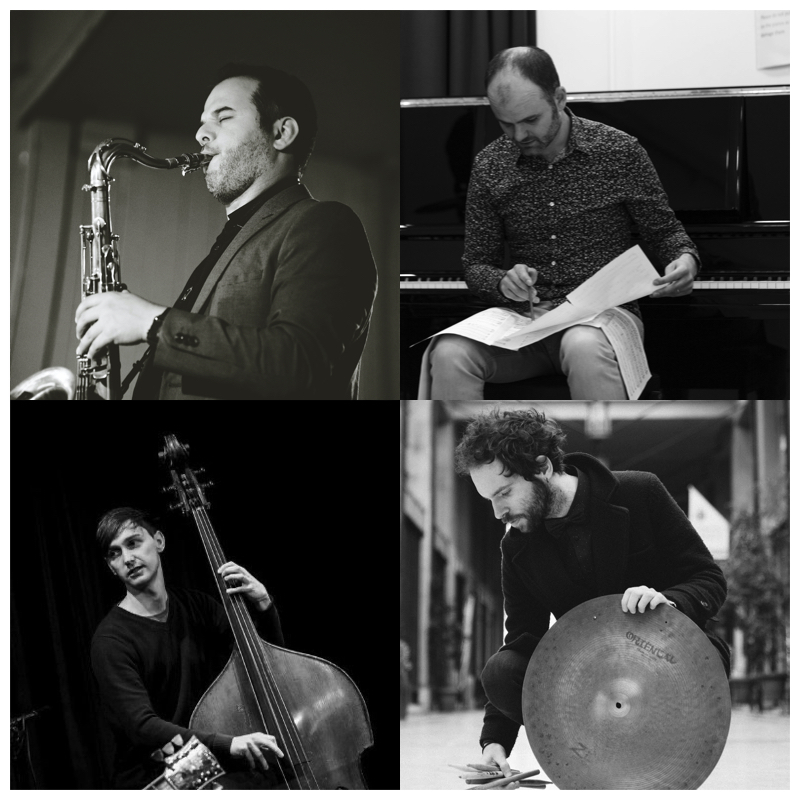 They will be playing music from the Great American Songbook from an album Vasilis and Paul Edis recorded called Narrow Escape plus tunes from Vasilis’ Dexterity album celebrating Dexter Gordon.

Saxophonist, composer and educator Vasilis Xenopoulos is one of the most accomplished Greek jazz musicians of his generation and a genuine representative of straight ahead jazz. London became his permanent home after graduating with honors from the Berklee College of Music in Boston and gradually established himself as one of London’s up and coming jazz saxophonists. He has worked with some of the best musicians of the International Jazz Scene as a band leader, a section leader and as a guest soloist at various projects.

The Guardian praised him recently for being one of the leading examples of European jazz musicians who live and perform in Britain and bringing his continental element to the jazz scene. Further to that Vasilis has permanent collaborations with artists from Greece and Cyprus where he performs as a leader or guest artist on a regular basis. As a result he is permanently active in three different scenes/markets (British, Greek and Cypriot).

Vasilis’ charismatic performances reveal his truly fabulous style thus his energy and passion interact with his audience. With his great talent, love and respect. he cherishes the instrument’s challenges and pushes it beyond.

His credits also include seminars on Jazz Saxophone and Improvisation.

His album “DEXTERITY” was released in September, 2019.

Paul Edis is one of the leading creative musicians in the UK today. As a performer, composer and educator, he has built a reputation for consistently delivering new and original ideas, seeking to innovate within his work whilst always paying respect to both the Jazz and Classical music traditions. In whatever genre or musical context he inhabits, Paul is passionate about melody and expression.

He has released several critically acclaimed recordings of new music in recent years, regularly receives commissions from a wide variety of organisations, and is known for his communication skills and breadth of knowledge, working as an educator for organisations including Sage Gateshead, National Youth Jazz Orchestra and National Youth Jazz Collective.

As well as leading his own sextet, trio and performing solo engagements, Paul works regularly with vocalist Jo Harrop, saxophonist Vasilis Xenopoulos, and he has performed alongside leading jazz names including Jon Faddis, Alan Barnes, Bruce Adams, Nigel Price, Jim Mullen, Tim Garland, Julian Siegel, Tony Kofi, Steve Waterman, Iain Ballamy and Mark Nightingale. His music has been played on the radio in the UK, US and in Europe.

‘A pianist who has compositional flair’ – Jazzwise

‘One of the leading lights of contemporary jazz’ – London Jazz News

Billy Pod is the artist name of Greek born drummer/musician Vasileios Podaras – currently based in London, UK. He started with music really early in his childhood days and at the age of 9 drums became his passion.He studied classical piano and violin and later got his BA and MA in Jazz drums Performance at the Ionian University.

Awarded on the Top 10 New drummers for 2019 by French ”Batterie Magazine’’ drummer Billy Pod has performed in international festivals and venues in Europe, USA and Asia (Pori Jazz Festival, London Jazz Festival, Taichung Jazz Festival, Made in New York Jazz Gala among others).At the same time he has been one of the most in demand drummers in the Greek music scene for more than ten years.