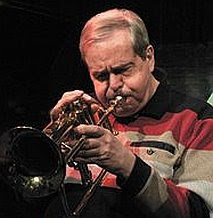 Royal Academy of Music professors and students come together to celebrate the music of the wonderful Kenny Wheeler who had made Leytonstone his home.

The band is made up of Royal Academy graduate Flo Moore plus current students Donovan Haffner and Emma Rawicz who , although still students have there own bands. Donovan has played at Ronnie Scotts and JazzRefreshed with his Quintet. and Emma has been touring with her quintet which includes Ivo Neame and Ant Law.