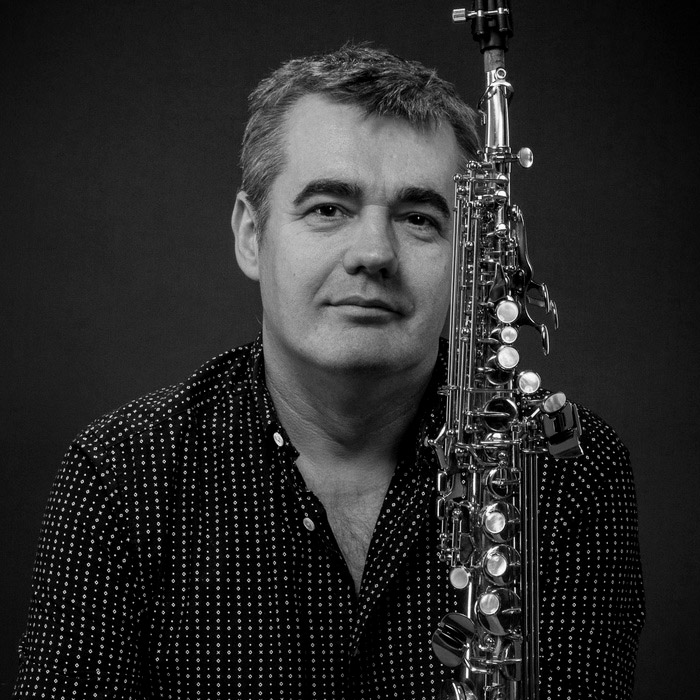 We have unfortunately cancelled this gig due to Covid


Mark Lockheart is a multi-award-winning tenor sax player who first made his name working with seminal band Loose Tubes in the eighties, and whose mastery of modern jazz has kept him at the forefront of the music ever since. Co-founder of the universally regarded “The Perfect Houseplants” Mark has toured and recorded with Django Bates, Mike Gibbs, Mark Anthony Turnage and his own 11 piece “Scratch Band” as well as Seb Rochford’s highly acclaimed “Polar Bear”. A former Peter Whittingham Award winner, his album “Ellington In Anticipation” was the MOJO Album of the Year 2014 and to add further glitter to an already stellar CV in 2016 he was named Jazz FM’s “Instrumentalist of the Year”. Most recently Mark has completed a major jazz/orchestral work titled “Days on Earth” for jazz sextet and 30-piece orchestra, released on Edition Records in January 2019. And if all that wasn’t enough he is also a highly respected educator, writer and arranger.  Mark will be appearing with a new project he has recently put together his “Generations Band” which will showcase the talents of several exciting, upcoming professional musicians from across the jazz spectrum: trumpeter to be confirmed ; pianist Will Barry (Musician’s Company ‘Young Jazz Musician Award’, 2017) & drummer Will Cleasby (Kansas Smitty’s, Judi Jackson, Mark Kavuma). With the addition of Steve Watts (Printmakers, Loose Tubes) on bass, the music will explore classic jazz standards as well as fresh re-workings from the canons of the great jazz masters and some originals as well. A fabulous gig from a world-class performer.

“Lockheart is a consummate saxophonist and an original and versatile composer” The Rough Guide to Jazz; “inspired and imaginative” The Times; “compelling” Guardian