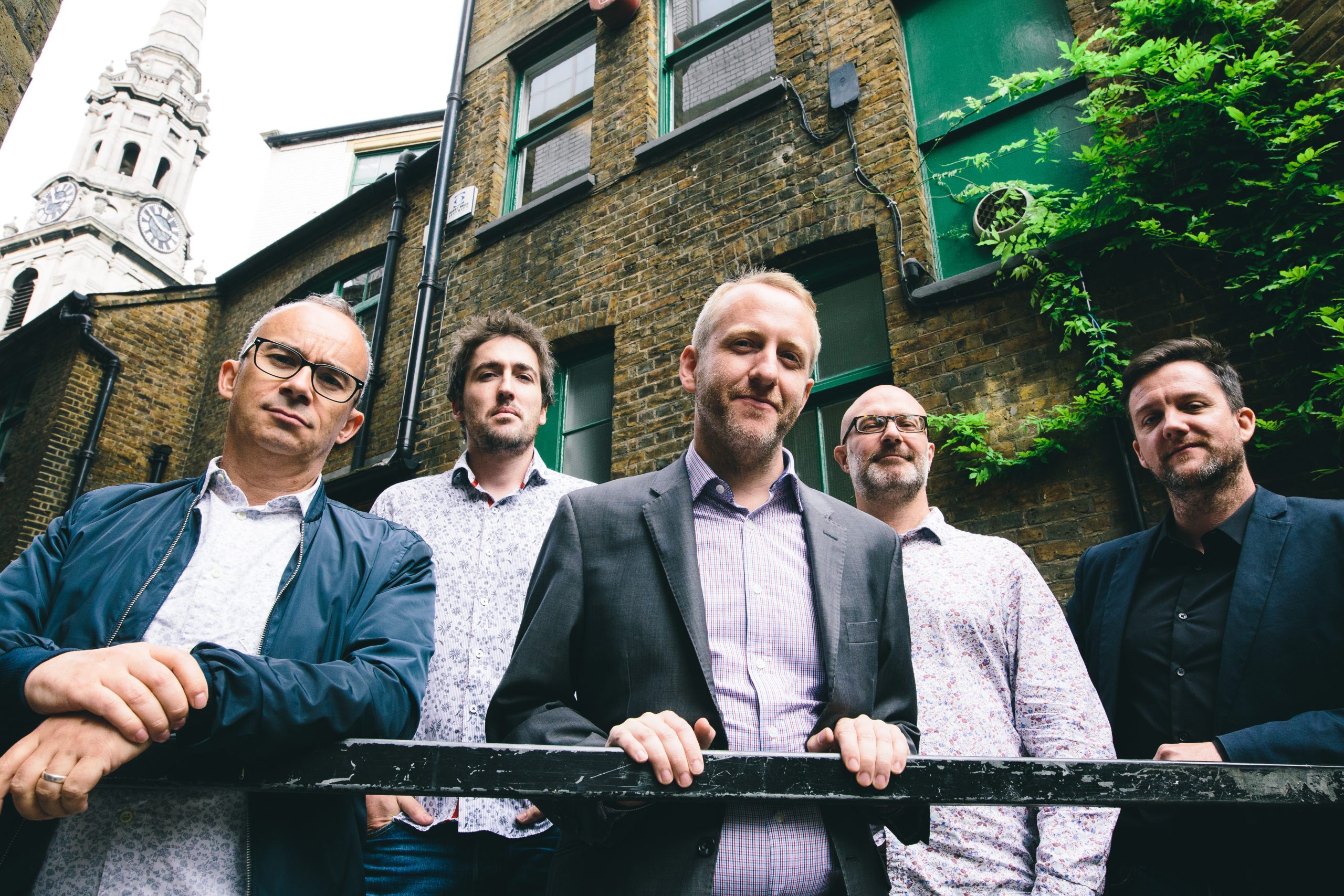 This all-star group, led by the award-winning pianist John Turville, and featuring a frontline of the lyrical and multi-faceted trumpeter Robbie Robson and the gifted, imaginative saxophonist Josephine Davies (winner of Parliamentary Jazz Award for Best Instrumentalist 2019), was formed in 2017 to explore a wide-ranging set of new music composed by John as well as material new arrangements of choice repertoire from Tonino Horta, Michael Petrucciani and John Coltrane.

Taking inspiration from British jazz legends John Taylor and Kenny Wheeler, the Argentine composer and tango pianist Diego Schissi, and imbued with a deep love of the jazz and classical tradition, John’s writing is refined and wide-ranging, from lyrical ballads and spiky rhythmic compositions to reflective classical vignettes and free jazz.

John Turville is one of the leading jazz pianists in the UK (Ian Mann) and his music has been described as world class… exquisite… constantly inventive (***** Jazz Journal) and mining as deep a seam of musical ideas as Brad Mehldau (John Fordham, Guardian) He has won multiple awards for his trio albums, including ‘Best Album’ in the Parliamentary Awards for his debut ‘Midas’ and won ‘Best Instrumentalist’ in the London Jazz Awards 2011. He is one of the busiest sidemen in the UK, having recorded over 30 albums with some of the leading jazz and tango groups in Europe, including Tim Garland, Asaf Sirkis, Ant Law, the Matt Ridley Quartet, Yuri Goloubev, Gilad Atzmon, Solstice, Brigitte Beraha, Tony Kofi/Alan Barnes ‘Aggregation’ and many others.

Their debut album, Head First was recorded at the legendary Artesuono Studio in Udine, Italy, and featured the legendary saxophonist and composer Julian Arguelles. It was released on Whirlwind Recordings in 2019, accompanied by a 16-date national tour, supported generously by Arts Council England.  Their new album will be recorded in early 2023, featuring new material written especially for this lineup.