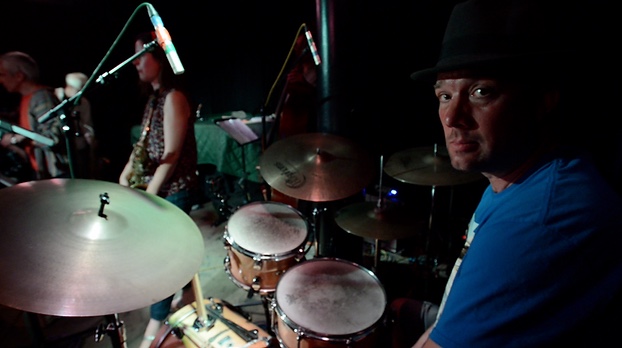 Gary Willcox is a drummer /bandleader . His quintet focuses on on the music written by drummers.

These sets of music have been put together to provide audiences with a glimpse of the contribution that drummers have made to Jazz across the decades, not only as instrumentalists but also when they’ve moved into other musical areas, as composers. The music covers the eras ‘Bebop & Beyond’ and includes tunes by Elvin Jones , Kenny Clarke, Paul Motian, Jack DeJohnette, Bill Stewart & others and consequently covers BeBop, Modal, ECM , 90’s NuBop. Despite the wide variety of music in the set, this band creates a unified sound which brings continuity to the project.The musicians are given space to interpret the music in their current way, rather than it being a Showcase of Styles or a recreation of the past. This reflects the flexibility of the music and the musicians that wrote it.

The band have done  some performances at Ronnie Scotts  in the Late Late Show
.

“……inspiring and ‘in the moment’ playing. Love it! “. – Jerry Bergonzi