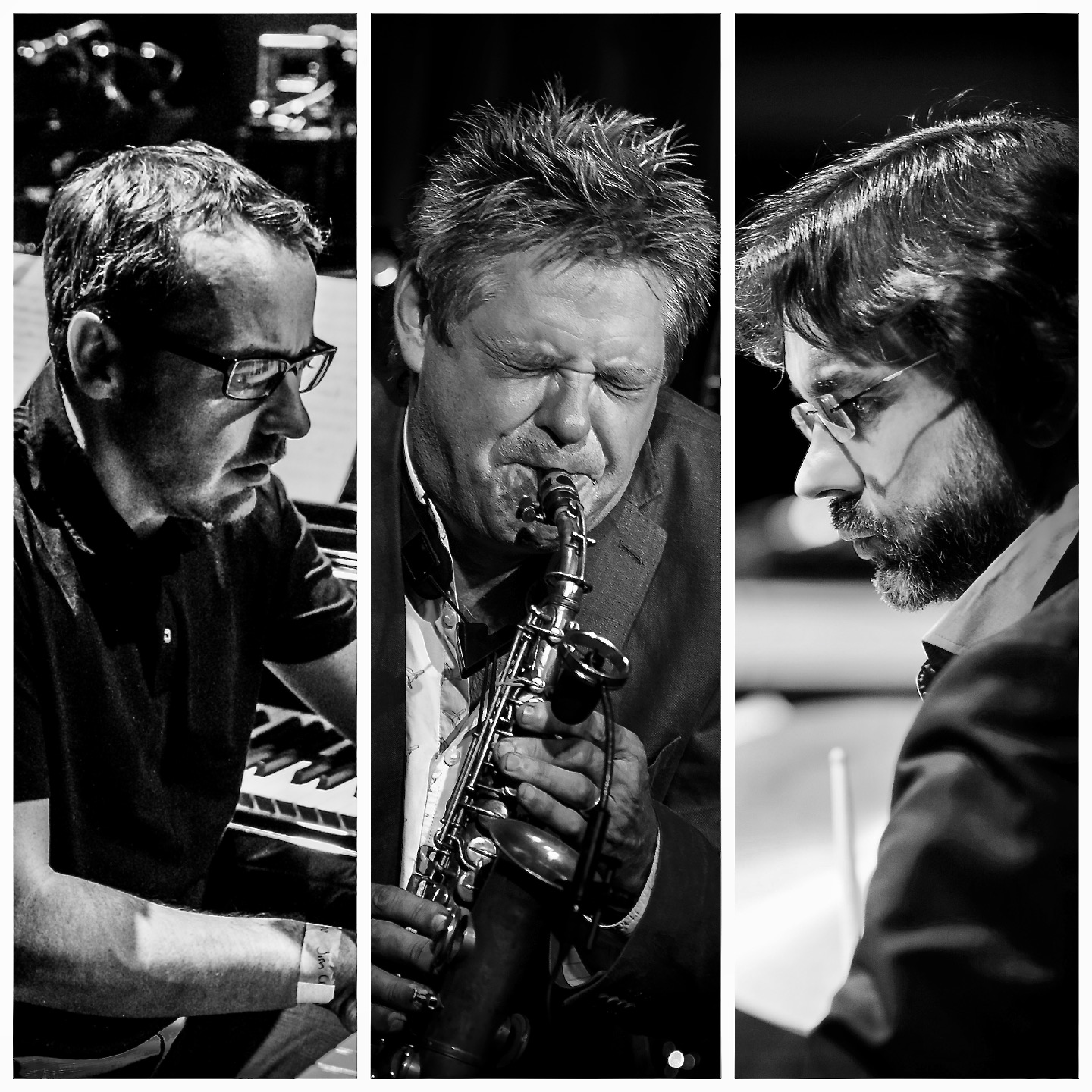 Derek has been with Jools since 2004 and has featured on every Hootenanny TV show since then, performing with Rod Stewart, Eric Clapton, Paul McCartney, Amy Winehouse, Booker T and so many more. Apart from leading the award winning Sax Appeal he’s also a member of the Ronnie Scott’s Blues Explosion for over 10 years.

Organist Jim Watson has worked with Kurt Elling, Sting, Incognito, Manu Katche and the BBC Radio Big Band. He is often seen on TV in the Strictly Come Dancing band and is a regular in Guy Barker’s band, appearing on BBC4 at The Proms and elsewhere

British Jazz Award-winning Derek Nash – bandleader, composer, arranger, record producer and engineer – is one of the UK’s busiest jazz musicians.
He is leader of six bands, each with its own unique sound and featuring some of the top jazz musicians in the UK today.

Derek has been a full-time member of the Jools Holland Rhythm & Blues Orchestra since 2004 and is also a member of the Ronnie Scott’s Blues Explosion.  With these bands, he has enjoyed sharing the stage with many great artists including Tom Jones, Eric Clapton, David Sanborn, Jack Bruce, Amy Winehouse, Michael Buble and Sir Paul McCartney.  He is one of the most in-demand and respected guest instrumentalists for jazz clubs across the UK and has received numerous nominations in the British Jazz Awards.  In the jazz-funk world he has performed with David Benoit, Brian Culbertson, Ernie Watts, Mezzoforte, Nelson Rangell and Don and Dave Grusin.

Derek is a prolific composer, regularly penning compositions for his various bands and undertaking commissions.  He has also composed for television and radio.  As an arranger, and following in the footsteps of his father, Pat Nash (who was an arranger for the BBC Northern Dance Orchestra) Derek has worked for many major artists including Jools Holland, Annie Lennox, David Sanborn, Nile Rogers, Gregory Porter and Chaka Khan.

In addition to his own recordings, Derek has also guested with other major artists including Don Grusin, Jack Bruce, Bob Dorough, Rumer and Shakatak.

As a record producer and engineer, Derek received a gold disc for his work with Jamie Cullum for his ‘Pointless Nostalgic’ album and has recorded some of the leading UK jazz artists including Stan Tracey, Bobby Wellins, Georgie Fame, George Melly, Alan Barnes, Geoff Gascoyne and Digby Fairweather.

George Double – Drums
George’s playing and recording credits include His West End and touring theatre record includes stints on Wicked, Guys and Dolls, Avenue Q, Sinatra and Anything Goes.
Derek Nash and many others). He is also curator of Hadleigh and Southwold Jazz Clubs.
George is a senior drum kit consultant for Trinity College London. His books and arrangements are published by Trinity and Faber Music, for whom he has run seminars and workshops in Hong Kong, Singapore, Malaysia, Dubai and Abu Dhabi as well as at MusikMesse Frankfurt, the London Drum Show and around the UK. He worked as an examiner for Trinity and formerly, Guildhall School of Music and Drama from 2002-2016.