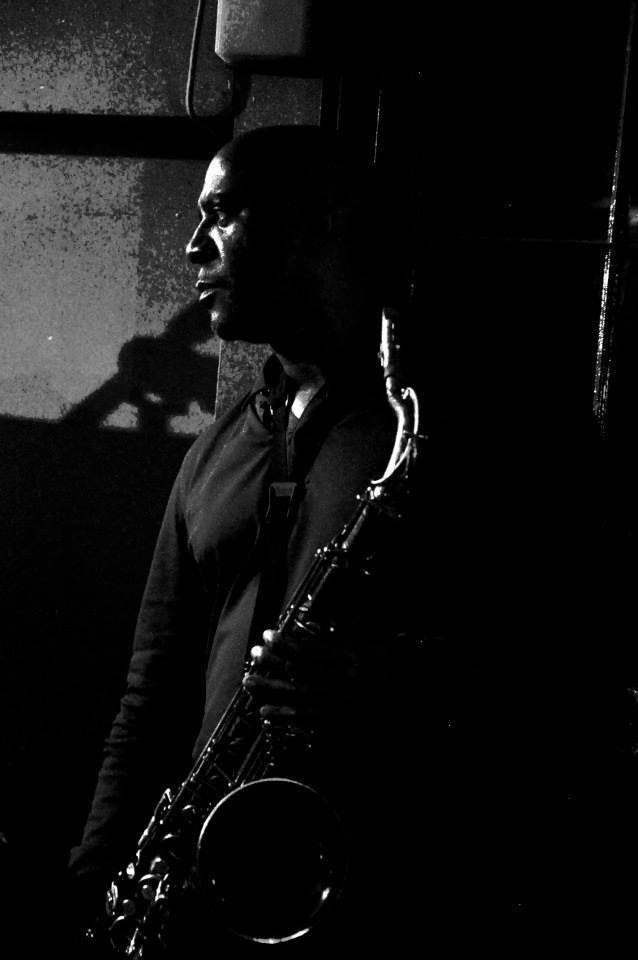 Tonight a big welcome to tenor player David Angol. Born in Preston to Dominican parents, David grew up listening to reggae, calypso, soul and blues music. He was raised with the musical influences of his stepfather who played the steel drums, but he always had an ear for jazz which became a big part of David’s life. He now lives locally.

David toured with the award-winning ‘Blue Note’ records group ‘US3’. He played and remains to play on the International and London Jazz circuits, alongside people such as: Bobby Watson, Jools Holland, Bheki Mesleku, Ralph Moore, Jerry Bergonzi, Jean Toussaint, Kenny Garrett and Tony Kofi.
Although David is part of the Jazz purist society he has also worked with artists such as Amy Winehouse, Beverly Knight and Jess Glynn who performed at the 2015 EMA Awards. David played at many international Jazz festivals including the Montreux Jazz festival in Switzerland. He composed and performed music for the BBC (Ant and Dec) and ITV commercial television stations. He worked on the award-winning popular TV drama series ‘Peaky Blinders’, as a member of the Live Jazz Band on set (Series 2 and 3).