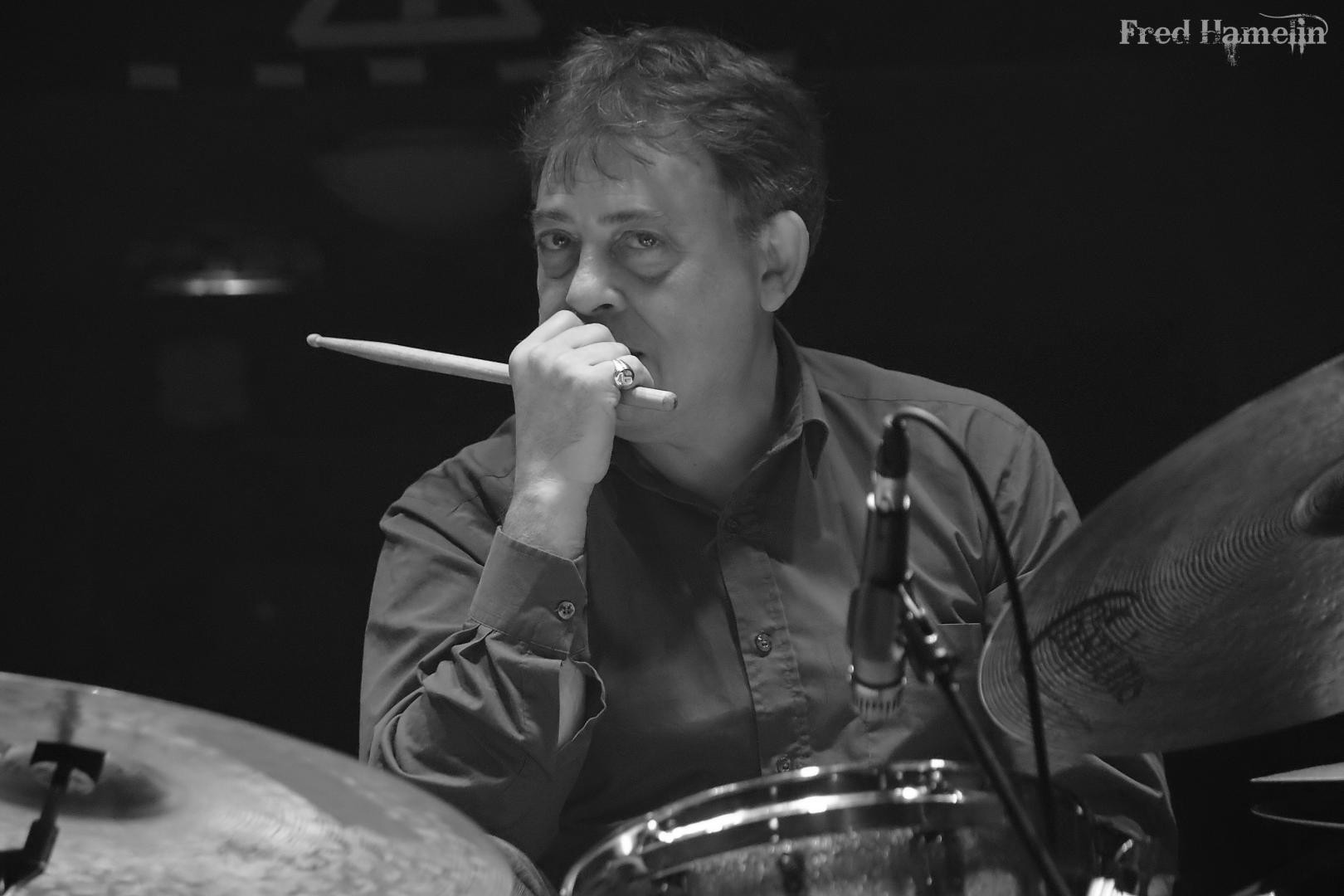 Londoner Clark Tracey has been at the forefront of British jazz for over 40 years, since joining his distinguished father Stan Tracey’s bands in 1978. He has led his own groups since the early 1980s, showcasing the considerable talents of young musicians and giving them a platform to explore their own compositions and allowing them to perform to a much wider audience.

As a freelance drummer, Clark has had the opportunity to work alongside many jazz greats from America as well as most of the UK’s top names. He has recorded more than 100 albums, 15 under his own name, and worked in more than 50 countries around the world.

He runs a weekly jazz venue and an annual jazz festival in Hertfordshire, for which he received the British Empire Medal in 2019. As an educator, he is currently Visiting Tutor at the Royal Birmingham Conservatoire of Music and has released an instructional book, Exploring Jazz Drums for Schott Publishing. He has received awards for the Best Drums category in the British Jazz Awards for six years. This year he completed writing the jazz content for the latest Trinity College syllabus in 2020.

For this concert, Clark will be presenting his latest line up, including James Copus on trumpet, Sean Payne on alto, Elliott Sansom on piano and James Owston on bass, who will be performing music from their forthcoming CD release.