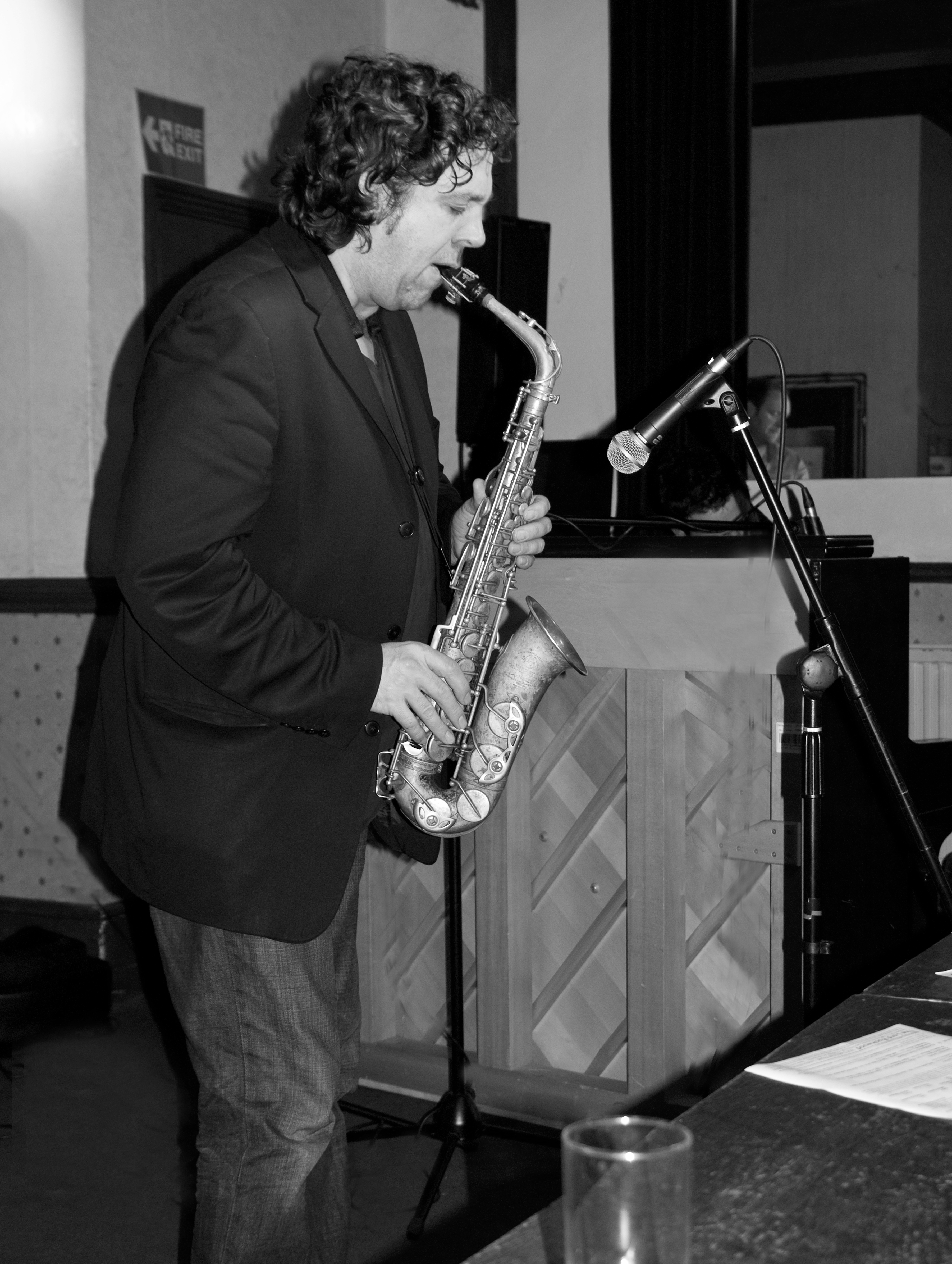 A leading saxophonist and composer on the London jazz scene, Christian’s performing work has taken him all over the world, and his jazz credits read like a who’s who of the contemporary scene…apart from his impressive cv as a gun for hire with pop artists like Paul Weller and Seal.

He is a regular at London’s prestigious Ronnie Scott’s and both he and his band are in great demand.
His musical roots besides jazz also include funk and groove orientated music. This has lead to commercial work with reggae trombonist Rico Rodriguez, Push, Otis Grand and the Ragga Twins amongst many others. This diversity has enriched his musical outlook and is evident in his style of playing and composing, whilst never compromising the authenticity of the jazz.

Christian studied at Leeds and The Guildhall School of Music. However, the defining musical inspiration came from playing alongside Julian Joseph and the Mondesir brothers in Ian Carr’s London Jazz fusion orchestra.

He has performed in Europe’s top clubs and festivals. With pianist Chano Dominguez and bass player Francisco Bosē he played in most of Spain’s international festivals including Seville, Malaga, Granada, Huelva, Jaen and Ceuta (North Africa). The group they formed, ‘Decoy’, also performed in Café Central in Madrid and recorded for television (Jazz Entre Amigos) and radio. In Spain he also collaborated with tenor saxophonists Dave Schnitter (ex Art Blakey), Jorge Pardo and Antonio Mesa; and played extensively with guitarist Tito Alcodo.

In the UK Christian has worked predominantly with trumpet player Damon Brown, touring England, Scotland and Italy. He has featured on two of Damon’s CDs and performed at Barcelona’s ‘Jamboree’. With top bass player Geoff Gascoine’s sextet he played extensively and has worked alongside the cream of the jazz scene such as Carl Orr, Jim Mullen and John Donaldson.

“The future of neo-bop is in safe hands” Evening Standard