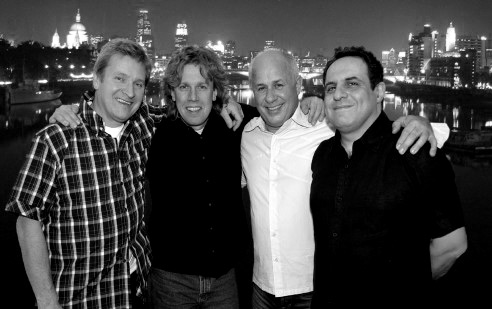 Chris Laurence has maintained a dual career in both jazz and classical music. He has recorded with John Surman , Alan Skidmore , John Taylor , Norma Winstone , Mike Westbrook and Harry Beckett. He has also featured on albums of Joni Mitchell and Elton John.  In 2007 he recorded a highly acclaimed album with his own jazz quartet titled “New View”, along with Frank Ricotti (vibes), John Parricelli (guitar), Martin France (drums) which will be playing tonight. This year he release an album Some GNU Ones featuring pieces written especially for him by Kenny Wheeler. In the 60s and 70s Frank Ricotti worked with Neil Ardley , Dave Gelly, Graham Collier, Mike Gibbs , Stan Tracey, Harry Beckett , Norma Winstone and Gordon Beck. He subsequently did a lot of TV (he wrote the music and led the band in Alan Plater’s Beiderbecke Trilogy. Plus he played on a host of albums by many artists (Pet Shop Boys , Status Quo and even Cliff Richard). Ex Loose Tubers John Parricelli and Martin France , both of whom played recently in Nick Smart’s Kenny Wheeler celebration at the East Side ,complete the quartet.