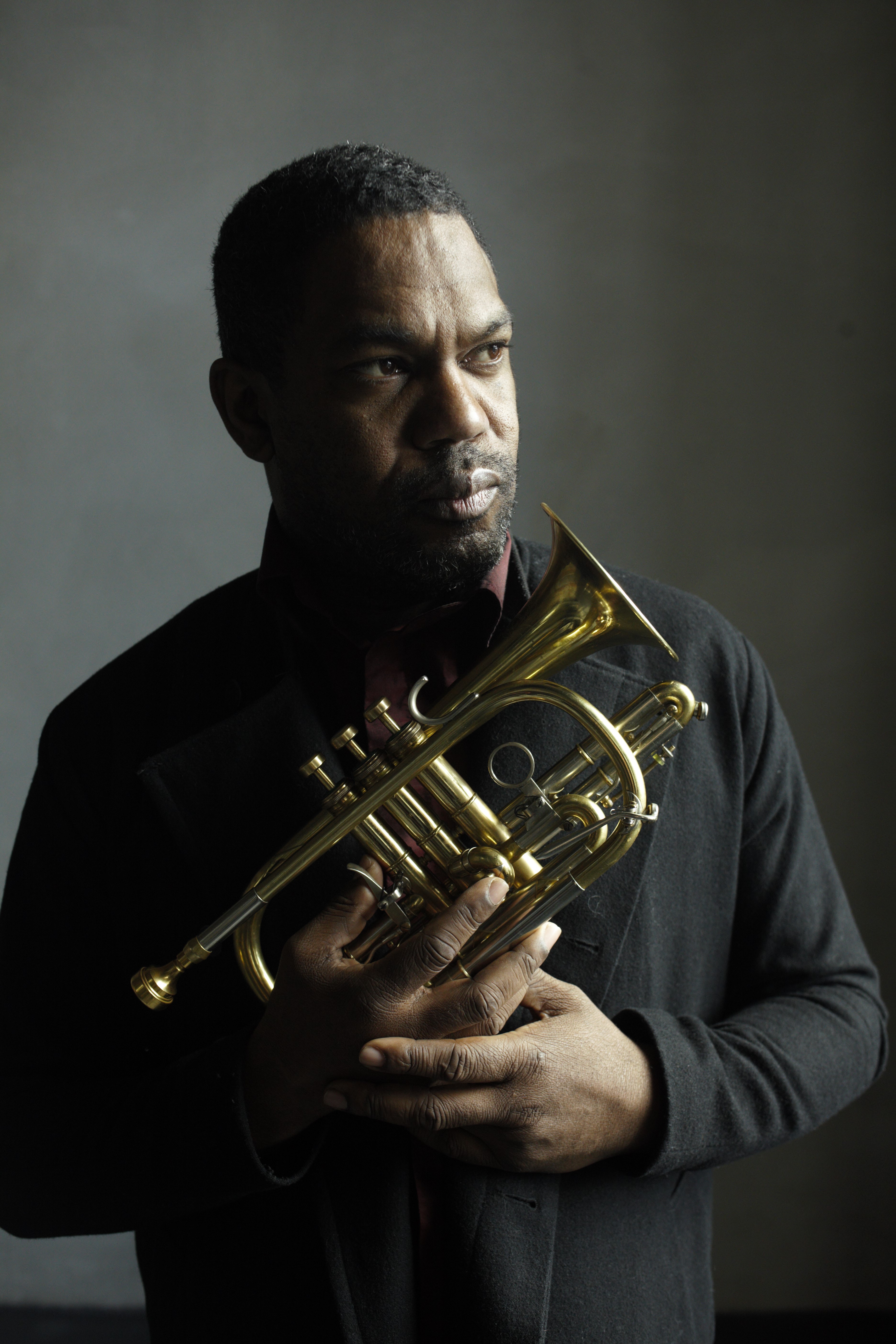 Byron Wallen is “one of the most innovative, exciting and original trumpet
players alive” (Jazzwise Magazine). Widely recognised as a seminal figure in
world jazz, he is constantly travelling the world recording, teaching and
performing.

Originally from Tottenham, Byron Wallen has lived in Woolwich, South East London, for nearly 20 years. In 2016 Byron was commissioned by PRS For Music Foundation to compose a suite of music celebrating his chosen home town, a suite which became known as ‘Anthem for Woolwich’. Byron’s work draws inspiration from contemporary and indigenous cultures. This piece combines the music of a large part of the world whilst retaining its own distinct voice reflecting the heritage, diversity and vitality of Woolwich.

The project was conceived in 2013, sitting in the central square in Woolwich. Byron was struck by the community around him. It seemed unique and wonderful with its mixture of ages and nationalities, from Nepalese elders to young Nigerian men, and Somali mums with young families, a new Eastern European contingent and descendants of families who used to work in the docks and at the Arsenal. At the time, Woolwich was going through a particularly difficult time following the London Riots and the murder of Lee Rigby. Indeed, for many years, Woolwich had been a place spoken of with great negativity, particularly by those who didn’t actually engage with the area. The aim of this composition is to pay a lasting homage to Woolwich and deepen the artistic and personal relationships within the community.

Byron’s passionate musical knowledge and his fascination with the human spirit is evident in this music which is breath-taking in its excitement and depth.

Byron was raised in a musical environment and started learning his first instrument, the
piano, at an early age. He then went on to study the trumpet with Jimmy Owens, Donald
Byrd and Jon Faddis in New York. His early music career was forged while he was
studying for a degree in Psychology, Philosophy and Maths at Sussex University (he
graduated in 1992). During this period he recorded for Loose Ends and Cleveland
Watkiss, and played trumpet with the likes of Mervyn Africa, The Style Council, Charles
Earland, Courtney Pine and Jean Toussaint.

By the late 90s his work was receiving world wide attention and his fluent trumpet, firmly
rooted in the jazz tradition, could be heard performing with a myriad of artists such as
David Murray, Andrew Hill, Butch Morris, Ralph Moore, Billy Higgins, Eddie
Henderson, Wynton Marsalis, Herlin Riley, Freddie Hubbard, George Benson, William
Orbit, Toumani Diabate, Brice Wassy, Lonnie Liston Smith, Ronnie Laws and Chaka
Khan. His trumpet has also appeared alongside African pioneers such as Hugh
Masekela, Manu Dibango and Amampondo. One of the most versatile and dynamic
voices on the British jazz scene, he has performed with rap outfits such as The Roots,
Digable Planets and Us3.

The Windrush Gala Concert in 2001 saw Byron work with Mica Paris, Caron Wheeler,
Shola Ama, Roland Gift, Desmond Dekker, Janet Kay and Grace Jones. The concert was
staged as a culmination of a remarkable season of programmes by the BBC.
He has collaborated and recorded with Talvin Singh on the Mercury prize awardwinning
album OK for Island Records (2000); Craig David, laying down brass parts and
soloing on the title track Slicker Than Your Average (2002); and Courtney Pine on the albums
Back in the Day (2000) and Devotion (2003).

“His quartet creates a joyous head of steam. Odd time signatures abound, but Wallen remains funky and accessible.” – The Times

“A fascinating set of his own pieces reflecting the influence of various strands in the evolution of black music.” – Jazz UK