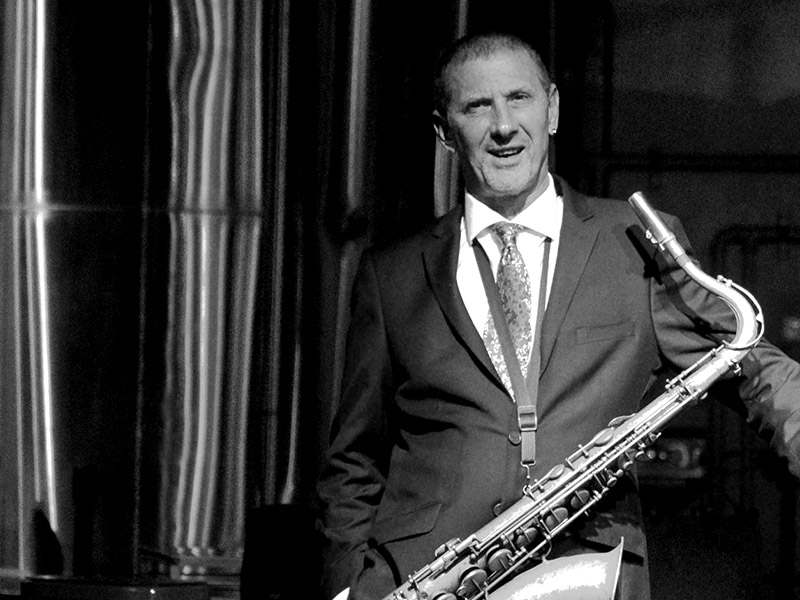 Tonight, our annual welcome back to tenor ace Benn Clatworthy, grandson of the famous theatre and revue artist, Gertrude Lawrence. Raised in London he has been a resident of Los Angeles since 1980. As a teenager Benn took sax lessons from Ronnie Scott who recommended him to Berklee College, Boston. Benn’s distinctive, muscular saxophone and flute feature in his unique arrangements of standards from Cole Porter to Marvin Gaye, John Coltrane to the Beatles. His work credits include such notables as Cedar Walton, Lionel Hampton and Jimmy Cleveland. Benn has released eleven CDs to critical acclaim on both sides of the Atlantic.