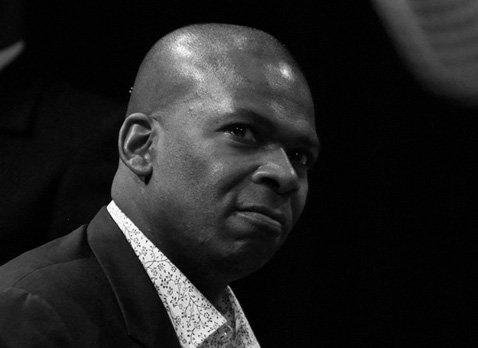 Basil Hodge in his quintet, quartet or trio,has thrilled audiences throughout the UK with his charming compositions and emotional hard swinging performances. He has two critically acclaimed CD’s under his belt.
He has regularly played with Tony Kofi and Ed Jones. Tonight he is playing with Riley Stone-Lonergan
UK-based Irishman Riley Stone-Lonergan started working as a professional musician in Ireland at the age of 16. After two years working with local big bands and ensembles, Riley moved to the UK to study at Leeds College of Music. In 2011, he graduated with 1st Class Honours and was the recipient of a number of awards including the Dave Cooper Memorial Prize for Jazz Saxophone, John Scheerer Prize for Woodwind and David Hoult Prize for Outstanding Performance.Recently, Riley was nominated for the Rising Star Award at the London Music Awards.

Eddie Myer, Jazzwise 2015
“…his sincerity, and his affection for the material, impress as much as his comprehensive technique.”